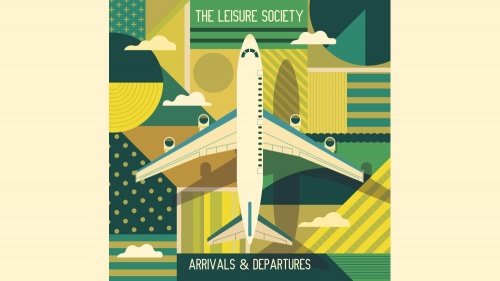 The Leisure Society's fifth album, Arrivals & Departures, is available now. The album comes almost exactly 10 years after their debut single and covers a very broad range of themes across the personal and the political. Towards the beginning of the writing process, lead songwriter Nick Hemmings and flautist Helen Whitaker separated, and during this lengthy process Nick moved out of their Brighton home. He wrote most of the songs on this double album as he moved from place to place over the ensuing years. He said of one of the singles ‘God Has Taken A Vacation’ “I started writing the song about my breakup, but world events started finding their way in too. Division, borders a loss of hope. There were a lot of shared themes.”

The press response to the album has already been overwhelmingly positive. The Financial Times described the album as 'gorgeous... dovetailing geopolitical and personal turmoil' and Clash Magazine hailed it as 'A series of remarkable, folk-hewn numbers that match the pastoral to the personal'.