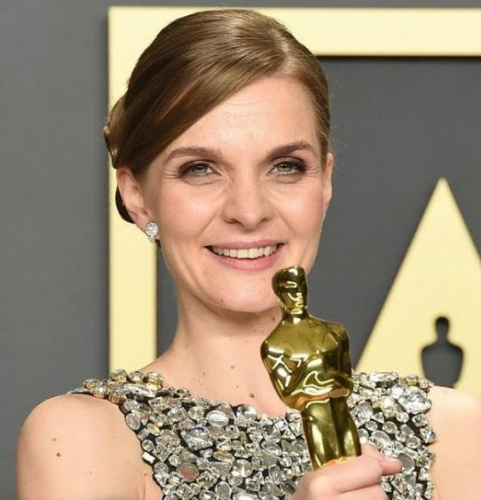 Hildur Guðnadóttir has become only the fourth woman ever to win an Academy Award for Best Orginial Score for her beautiful music to Todd Philips's Joker. The Icelandic-born, Berlin-based composer said in her acceptance speech, 'To the girls, to the women, to the mothers, to the daughters, who hear the music bubbling within, please speak up. We need to hear your voices'. This win caps off an incredible award season which also saw Hildur awarded the Golden Globe, the Critics' Choice Award and the BAFTA for Joker, as well as an Emmy and a Grammy for her score to the critically acclaimed television series Chernobyl.