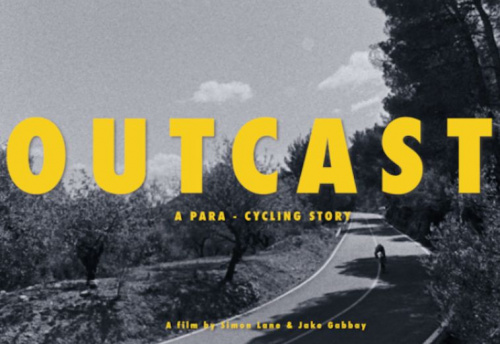 Wise Music Group Composer Bankey Ojo provides the original score and sound design to director Simon Lane's para-cycling documentary Outcast. Human resilience is the focus in the documentary which began "when Simon's sister Crystal Lane-Wright, a two time Paralympian, invited Simon to her training camp in Calpe, Spain in 2018 to film her and her team mates riding in the Spanish mountains". What emerges is a story of human resilience, after Simon met para-cyclist Blaine Hunt "an athlete who is fast enough to be competing at the highest level, yet has not yet been accepted into the elite".

Bankey writes "with documentaries, you can’t always predict exactly what story you’ll end up with so it was fascinating seeing Blaine’s story slowly emerge as the focus from what was initially a portrait of a cycling team back in 2018".

"Working with Simon Lane and Jake Gabbay (Cinematographer) is always a treat and one thing was that was clear from the outset was they were setting out to create an artful film that not only told a great story, but was also beautiful to look at and this drew me in.

As the edit started coming together and Blaine’s story emerged, I got a real sense of his focus and determination in the face of resistance and I wanted to capture and distil these characteristics sonically. I was keen that there should be fluid interchange in the music and sound design to create a spacious yet immersive listening experience. By blending trumpets, mangled ambient guitars and synths with field recordings of the wind, bike chains and spinning bike wheels, what emerged was an undulating hybrid textural score that aimed to place you in Blaine’s frame of mind."

"Blaine’s story was the key and all the creative decisions where made to do justice to his story."